Every drone pilot using way point planning software (a.k.a. a ground station app) is familiar with their standard workflow: You start the map-based software on your tablet and search for the location in which you plan to fly. Then, a long and tedious process of placing way points, i.e. points in 3D space representing physical locations in space, starts. You are required to specify the location and attributes (altitude, camera angle and pitch, action etc.) of every way point the drone is required to pass through during the flight, all in a form-based 2-dimensional interface.

The latter process can be used, for example, to plan automatic flights for taking pictures of a building, or sculpture, recording a scenic flyover of a hill, or a beach, inspecting the perimeter of facility and more. While undeniably simple, and some would argue, intuitive, this process has several obvious drawbacks. Firstly, it is very time consuming, as each way point needs to be defined separately, with all its attributes, typically in a flat 2D user interface. Secondly, the lack of proper visualization of the resulting plan leads to many planning errors: wrong altitudes, bad camera angles, obstacles on the path between consecutive way points and more, leading to re-planning after bad flights, which again, results in more way point handling, longer flight times, and overall slower process. Finally, and perhaps most importantly, this planning process is to a large extent oblivious to the actual task at hand! If you are out there to make nice pictures of your house, why not tell the app what your house looks like and what you want to do, and let it figure out a good way point mission for you?

The Drone Harmony Mission Planner is designed around Scene-Centered Planning, a planning paradigm that focuses on user’s needs, instead of defining way points. The process starts by specifying relevant objects in the scene: buildings to inspect, obstacles surrounding them, fields to scan and so on.

The scene can be visualized in the Drone Harmony 2D and 3D views and adjusted before the flight planning starts.

Based on the defined scene, the user can select any one of several professional complete flight plans to be automatically generated. Each plan is defined to cover a user-defined part of the scene. Different plans have different applications. For example, a Top-Down plan is useful for inspecting any part of the scene from above, either by taking pictures, or a video. A perimeter plan is useful to inspect the walls of a building, or to search for damages in a fence surrounding a mining facility.

Plans can be generated with default parameters, but can also be fine-tuned to the specific needs, using scene-based parameters such as image overlap, distance from scanned structure etc.

The generated flight plans are optimized for flight time and coverage of the selected structures. Furthermore, Areas serve as obstacles, that are automatically avoided by all plans! This means that you no longer need to rely on obstacle avoidance sensors to guide your drone around known obstacles, but instead outline them on the map and let Drone Harmony optimally fly around them, while taking the best possible footage for your needs. Obstacle avoidance sensors can of course still be kept on to increase safety in case of unexpected or unknown obstacles. Finally, to eliminate any remaining uncertainty, plans can be reviewed in a full 3D environment and further tuned in any way before takeoff, and even during flight!

Can we do without way points specifications altogether? Of course not. Way points are the basic constructs of any flight path, and as such, any flight planning software needs to include flexible way point definition and editing tools. The Drone Harmony app is designed to consider any flight plan, be it automatically generated, or manually created, as a way point mission. This means that you, the user, can at any point intervene to adjust your plan to your needs by changing anything from the position of single way point to the attributes of all way points in the plan simultaneously, both in 2- and 3D. In fact, while primarily being a scene-centered planning tool, Drone Harmony provides the most powerful way point engine on the market to support flexible tuning of automatically generated flights and more.

In summary, Drone Harmony lets you plan missions not only by means of way points, but also by creating a scene, an in-app 3D representation of the physical objects that are relevant to your flight, for which Drone Harmony generates optimized, safe and adjustable flight plans that are tailored to your task and visualized in a full 3D environment. 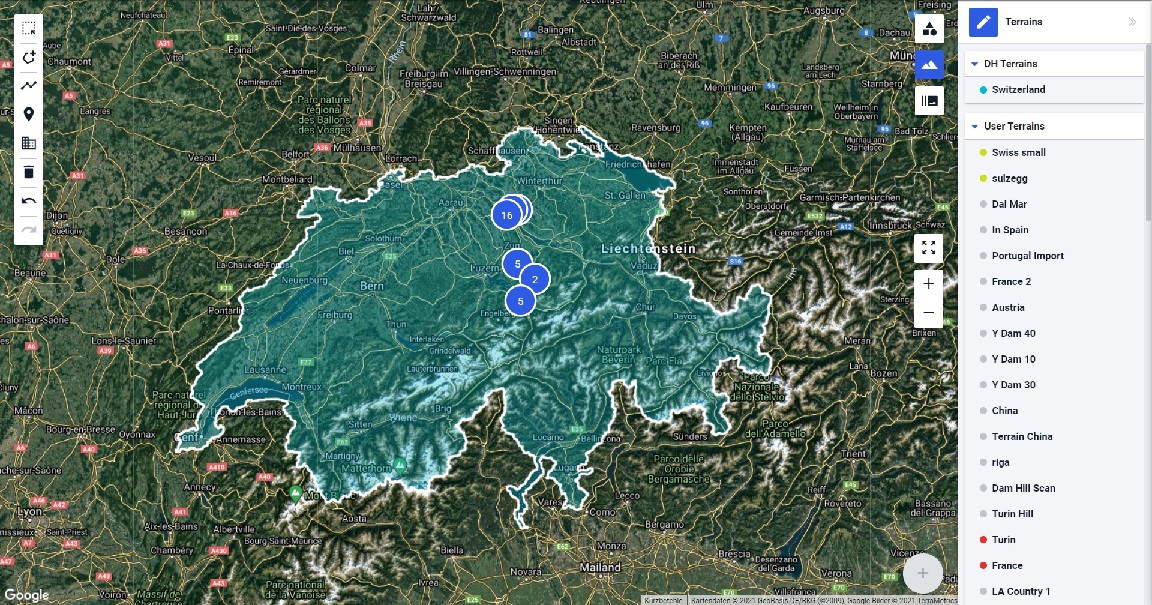 Drone Harmony’s new terrain interface lets you use digital elevation and surface models as easily as you’re using the map layer. The new interface is not just a more comfortable way of using your own models, but it also unlocks the possibility to utilize a host of high-quality country-wide data sets for drone flight planning,... 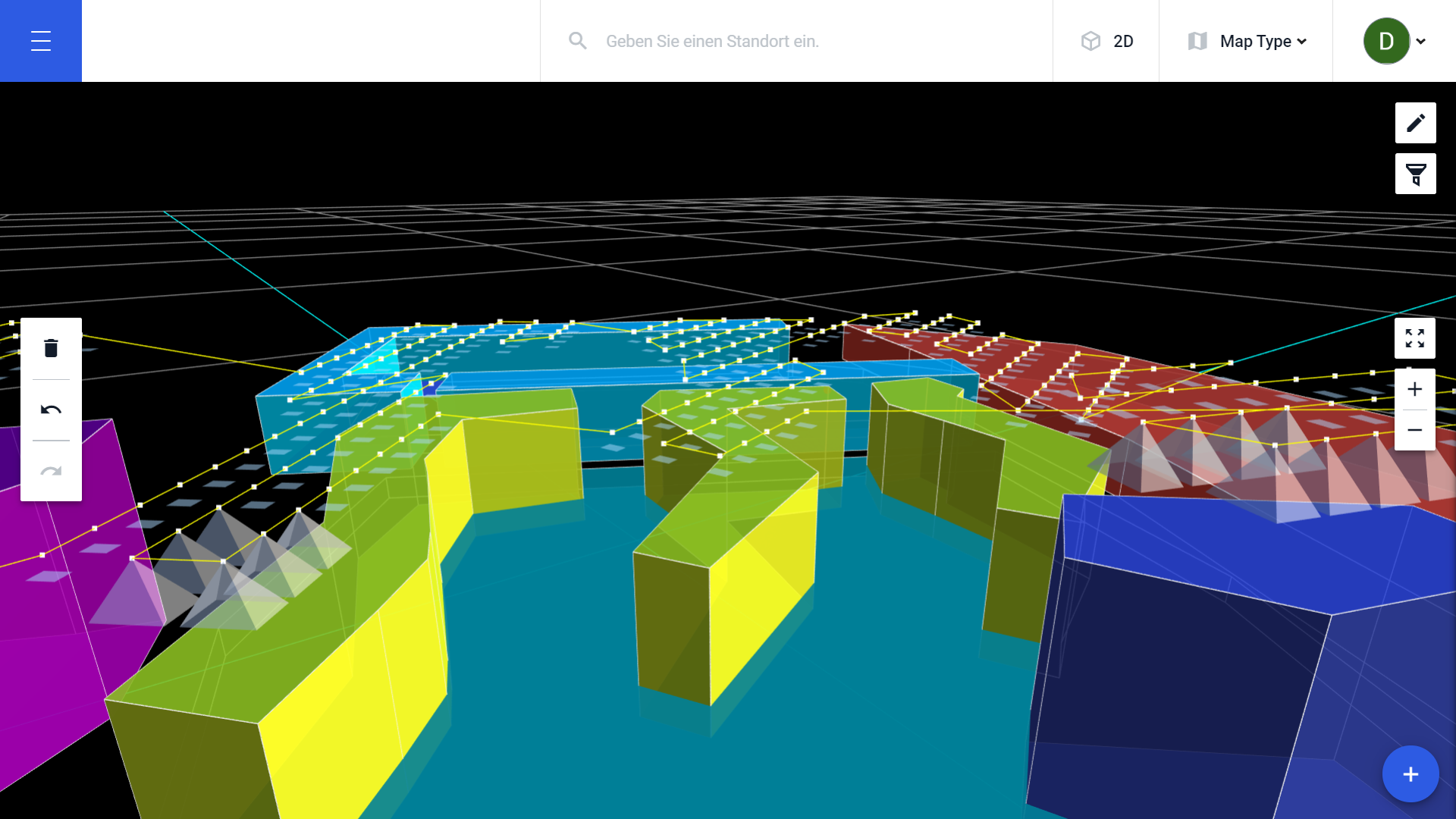 Tool to Platform: Summarizing 2019 And Projecting 2020 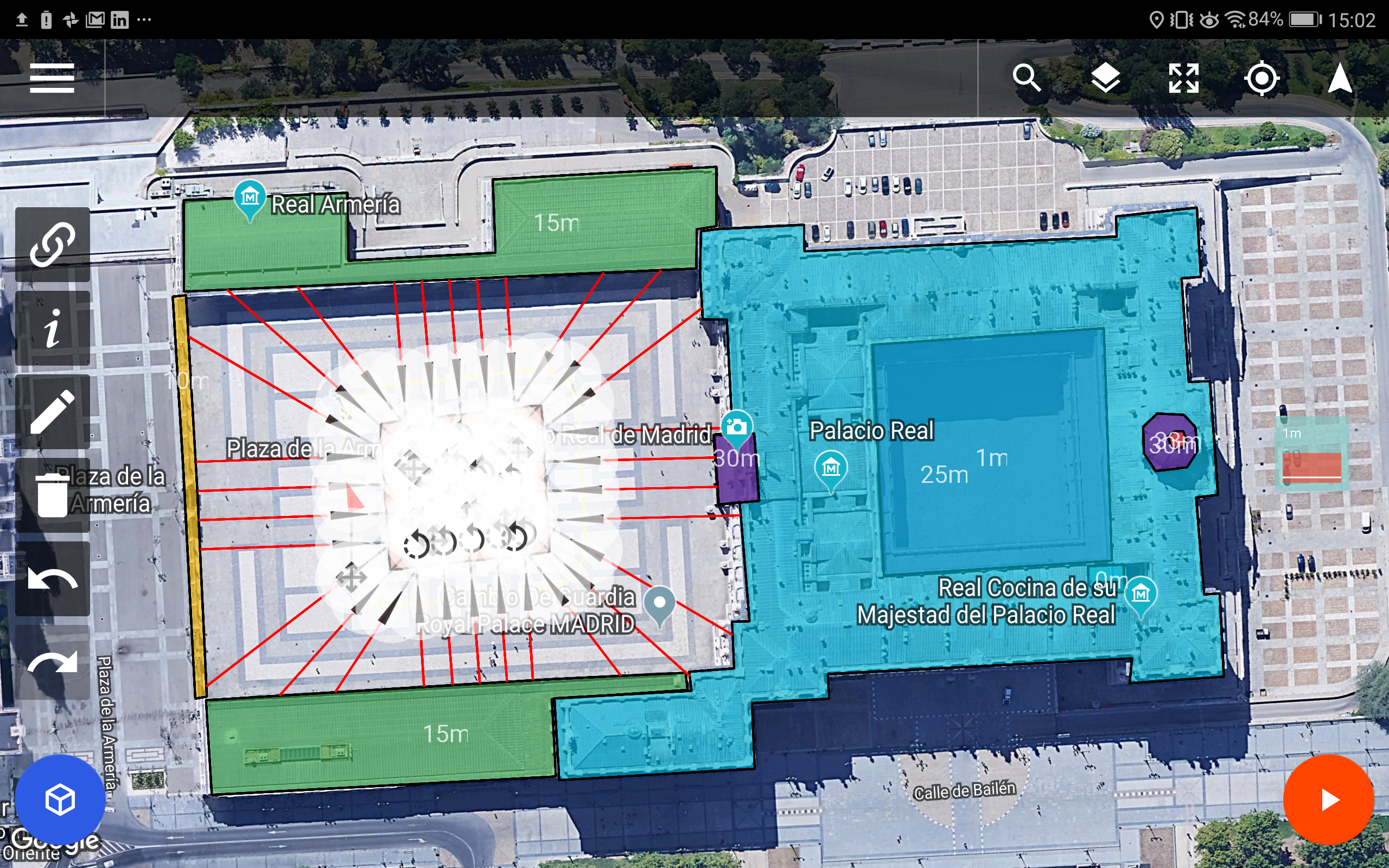 How to create a flight plan of an inner courtyard

Inspecting an inner courtyard is similar to inspecting a fence or a perimeter from the inside. To do these sort of inspection flights very efficiently, we are working on the new inside perimeter flight plan. But already today, you can generate with Drone Harmony such a flight plan with the following three simple steps: 1....