Drone Harmony’s new update marks the beginning of a new era in the company’s automatic path planning technology for drones.  It introduces the Drone Harmony Mission Catalog, a rich inventory of smart automatic missions meant for anyone from drone enthusiasts to inspection professionals. With it, we take a further step towards Drone Harmony’s perfect world– one in which the ability of the drone operator is only be limited by his imagination and creativity, and not by technicalities involved in flying the drone, adjusting the gimbal angles, or avoiding the obstacles in the environment.

The mission catalog sets out to bring automation to all kinds of path planning for drones. By the time the Pro version of the Drone Harmony Mission Planner is released, the catalog will comprise a comprehensive directory of flexible automatic missions, suited for anything from recreational cinematography to real estate photography and professional inspections. The different missions will be seamlessly integrated into Drone Harmony’s workflow and will be conveniently sorted by type and application for easy navigation.

The introduction of the mission catalog comes in conjunction with another significant improvement in the mission generation user interface. Drone Harmony’s workflow and feature set is already designed to facilitate complex mission planning and at the same time reduce uncertainty to a minimum. The new mission generation interface (currently available for the new missions, but soon to be extended to all mission types) does away with any remaining ambiguity by combining the parameter selection forms with the a 3D widget, which displays the flight trajectory and animates the flight in real time. For missions that are naturally centered around a single point of interest (POI) it is even possible to redirect the mission to a newly desired POI or even any scene structure in the new widget. To learn more about POIs see our blog post How To Make the Most Out of Drone Harmony’s New Points of Interest.

The New Missions in Version 0.4

The first generation of the mission catalog adds to the Drone Harmony automatic path planning collection four new mission types: Orbit, Helix, Rocket and Zoom-Out. DJI Spark owners might notice the analogy to the Spark’s Quickshots. To showcase the new mission catalog, we decided to include in it’s first generation what many Mavic and Phantom pilots have been longing for: advanced and customizable versions of the Quickshots. Learning the effect of the parameters on the flight plan is as easy as playing around with them and observing the resulting change in the 3D widget. Here are some screenshots illustrating how the new missions can be used to capture breathtaking scenic shots.

Airborne In Seconds Instead of Minutes

The Rocket and the Zoom-Out are plans that support instant takeoff designed for a spontaneous capture experience.To use this feature one simply flies the drone to the start location of the shot and commences the quick planning process. Once the parameters of the plan are chosen and a preview of the mission is checked in the built-in 3D widget, it is possible to immediately launch the mission from the drone’s current position. We expect to add more instant takeoff missions in the near future.

You Can Help Design the Mission Catalog of Tomorrow

The mission catalog is designed to evolve quickly with the help of the Drone Harmony community. With almost every new update, we intend to extend the catalog with new missions, some of which will be tailored to new professional use cases such as real estate cinematography, wind turbine inspection etc., while others will be targeted at recreational users and categorized as “fun modes”. Drone Harmony will prioritize the new missions based on feedback from our users. In the end of this post there are images of some new missions. Which one would you like most to be included in the next update?

Some of the future features include abilities for creating Patterns, i.e. user-defined mission types that will be added to the user’s own mission catalog. The user will be able to determine what parameters are used to generate the mission and how they affect the resulting flight plan and share the resulting mission type with other users. Once the mission type is created, it will be possible to instantiate the mission any number of times in different locations, with different parameters every time, just like any other Drone Harmony mission.

With the introduction of the patterns, we hope to create a mission planning community, in which different Drone Harmony users share their patterns to facilitate the work of other users. Applications will range from recreational to industrial. In the industrial domain a pattern can be used to create a flight plan optimized for a particular kind of wind turbine, a tennis court, or a type of vessel. The common theme is that the general shape of each separate instance of the latter objects is always the same, while the location in the world, the orientation etc. are different. It is hence possible to reuse plans from one instance to another and use Drone Harmony’s tool set for editing missions to easily fit plans generated by the pattern to the instance at hand. On the recreational side, we hope that patterns will become a fun way for Drone Harmony users to express their creativity by inventing beautiful flight plans and connecting to their peer drone hobbyists by sharing their patterns with them. 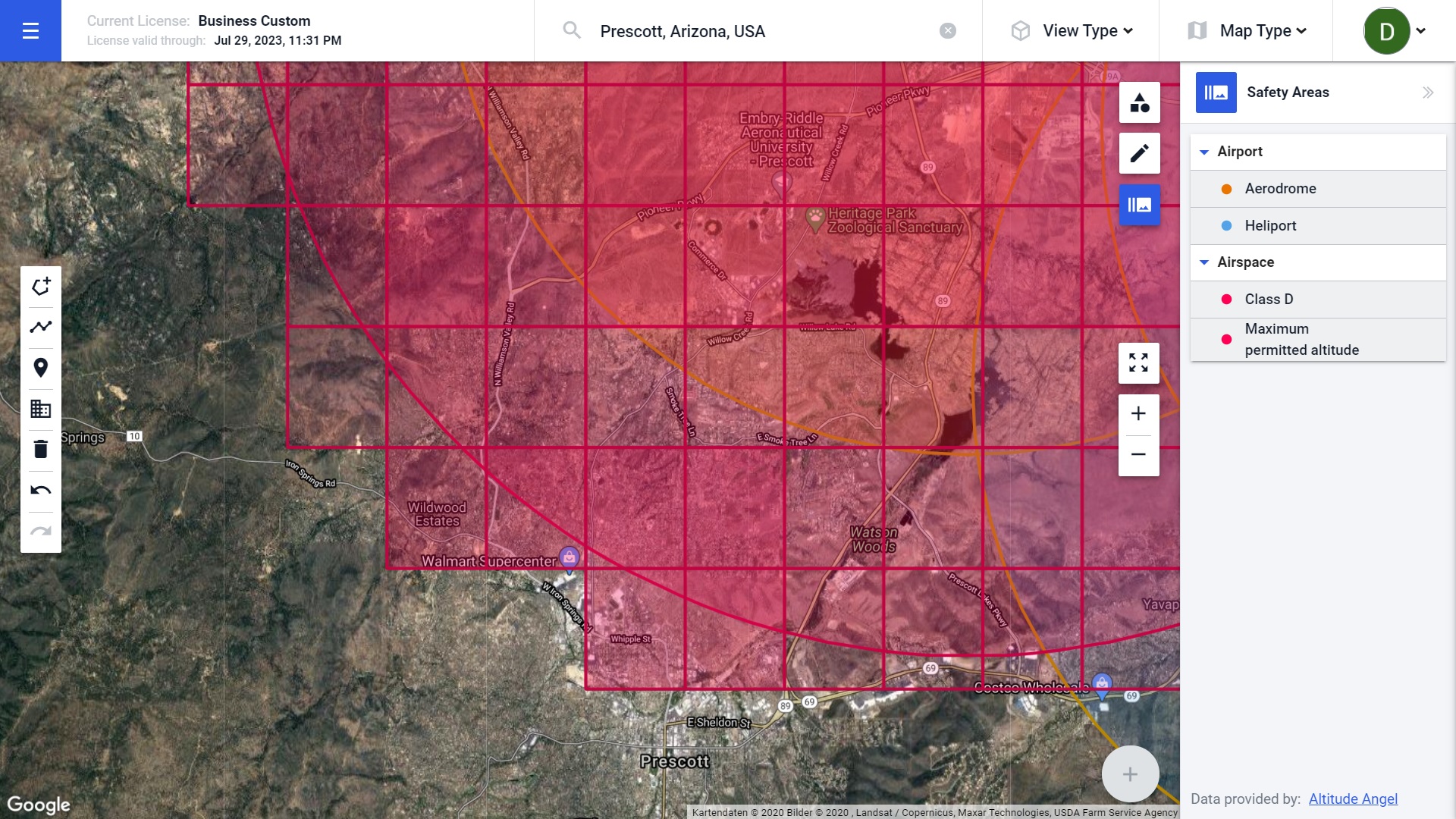 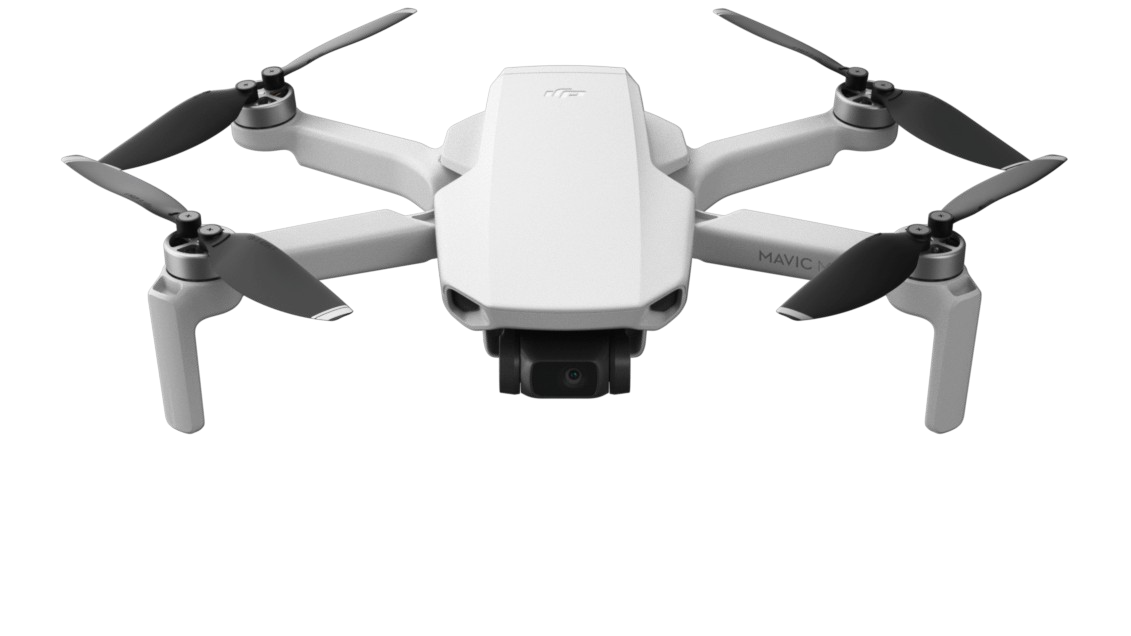